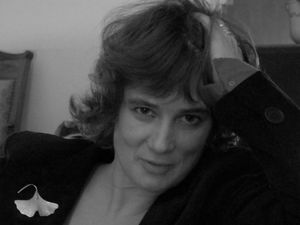 Barbara Fontaine studied German and French philology in Paris. Since 1999 she has been a full-time translator from German, with emphasis on fiction. She translates works of contemporary writers, such as Hans-Ulrich Treichel, Katja Lange-Müller, Robert Menasse, Stefan Wackwitz, Ursula Krechel, Katja Petrowskaïa, Thomas Hettche … Occasionally she also translates humanistic publications. She was a mentor for young translators at the Goldschmidt Programme and has been in charge of the ViceVersa German-French tranlsation workshop every year since.She also teaches at the Ecole de Traduction Littéraire in Paris.She lives in Paris and regularly visits Berlin.

My love for the city

An open, modern city that keeps developing. A capital with all the benefits and none of the downsides of a large city.

The LCB and the Liquidrom.

Definitley! I don’t have any roots in Berlin and feel much freer.