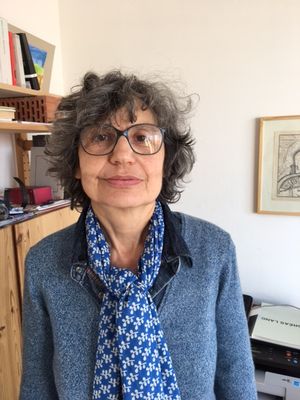 Cecile Wajsbrot was born in Paris in 1954. After finishing her Romance Philology and Comparative Studies at the Sorbonne in Paris, she began working as a teacher for French and later as a literary editor. Since 1989, she is a freelance writer and translator and she has been splitting her time between Paris and Berlin for fifteen years now.

Just everything: the current atmosphere, the approach to dealing with the past, the hope

Friends I have in Paris