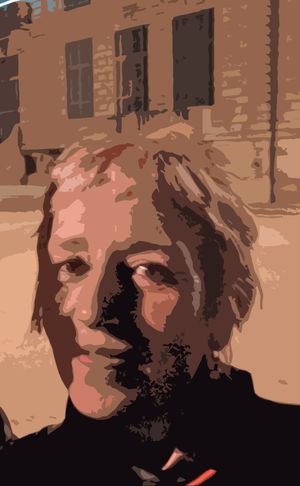 Claudia Isa Baricco was born in Buenos Aires (Argentina) in 1962. She studied Literature (Licenciatura en Letras) at the University of Buenos Aires as well as Modern German Literature and Film Philology in Munich as part of a DAAD scholarship for her research on "Die Zusammenarbeit von Wim Wenders und Peter Handke“. She participated in several trainings like the course for translators and interpreters which was organized by the Goethe-Institute as well as screenplay and film workshops. She was the first to curate a film retrospective on Rosa von Praunheim in Argentina, was co-founder of the art platform bapp (buenos aires pedí perdón), founded the subtitling company ZENIT and worked as an art director for the Latin-American Film Festival Rencontres du Cinéma Sud-Américain de Marseille. Since 1996, she works as a translator of literature (prose, theater). She moved to Berlin in 2007.

My desire to travel, the foolishness and lack of understanding of many Argentiniens concerning important political happenings, which were in full play in our country and Latin America in general back then, the dream of a sabbatical year, and — like often in my life — coincidence.

Their maverick nature, their low-consumption attitude, the contrasts, the fact that Berlin is a city of minorities, and that it takes only one person to be a minority.

The southern light, meeting some really dear Argentinien friends and not needing anything to crack up with them.

I love the TV tower. That’s why I love every corner of Berlin from which I can see it from a new perspective.

We are on a journey, and we are the journey, the distance we have already travelled. But my voice — the voice of my mother tongue, my luggage— meets different voices and stories here than at home.

Adriana Hidalgo Editora, Buenos Aires, to be published in 2017 novel