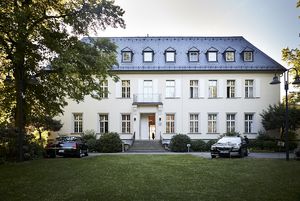 Each year, the Academy awards two-dozen semester-long Berlin Prize fellowships to outstanding scholars, writers, and artists from the United States. Fellows, who come from the humanities, social sciences, public policy, and the arts, pursue independent projects in a residential community at the Hans Arnhold Center, a historic villa on Lake Wannsee. They share their work with German colleagues and audiences at lectures, readings, discussions, concerts, and film screenings, which form the core of the Academy’s rich program of public events.