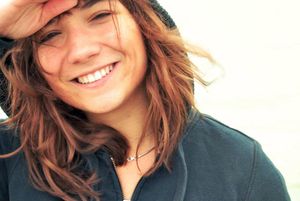 Marijana Verhoef, born in Belgrade/Serbia, High-School at Deltion College in the Netherlands, graduated in Dramaturgy and Creative Writing at the Faculty of Dramatic Arts in Belgrade, a master degree in theater studies at the Free University of Berlin (FU), followed by several Jobs as assistant dramaturg for Grips Theater and Deutsches Theater, both in Berlin. 2010 Staging of Verhoefs’s Monodrama “Bunny-Boy” by Mark Ravenhill in the context of “New Plays from Europe” at Biennial Theatre-Festival in Wiesbaden2014 Premiere of “Amsterdam” in Düsseldorf, Schauspielhaus, director: Nurkan Erpulat2015 Premiere of "Playboy" at Augsburg Theatre, staged by Katrin Plötner.2016 Premiere of her Short-Play "This is not happening" in context of „Theater ist endlich ist Theater", Maxim-Gorki-Theater Berlin.2016 Premiere of "Amsterdam", Mainfranken Theater Würzburg. staged by director Ulf Görke.2017 Staged reading of "The Food Ambassador",  35th  ITI World Congress in Segovia. Verhoef works on a regular basis with Junges DT/Deutsches Theater, Berlin, where she developed several short documentaries about and together with young people. She’s been a Script-Editor Trainee in the “Script&Pitch”-Programme of TorinoFilmLabs. 2016 she received a fellowship to join the International Forum at “Theatertreffen”, Berlin, and was grantee of the Young European Playwrights Forum at “New Plays from Europe” in Wiesbaden. She also received a fellowship within the Ekran+Program of Andrzej Wajda Filmschool in Warsaw. Currently, Verhoef is co-writing the script for „God in a shoe“, the new movie from the croatian director Ognjen Svilicic. Marijana Verhoef is working as a playwright and screenplay writer, a documentary filmmaker and a dramaturg. She lives in Berlin.Marijana Verhoef arbeitet als Theater- und Drehbuchautorin, Dokumentarfilmerin und Dramaturgin. Sie lebt in Berlin.

When I came to Berlin for the first time, I felt immediately at home. The spontaneous everyday live, the rich cultural offer and the high concentration of interesting people, that’s how Berlin conquered me.

That on one hand it’s totally fucked up, but with a relaxed and energetic character and, on the other hand, there is a basic Idea of order and stability.

In Berlin I can move freely and upright. Although, every time I go to Serbia, I am glad to receive kind of a reality bitch slap, as a reminder that the World is not in an idyllic situation.

This is not happening