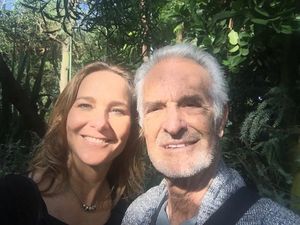 There is so much – politics, language, culture, love of dogs, „veganliebe“ – super cool!

Not yet, but I’m trying to write a novel: Évian, 1938. This will change everything!

Beasts: What Animals Can Teach Us About the Origins of Good and Evil

Final Analysis: The Making and Unmaking of a Psychoanalyst

The Complete Letters of Sigmund Freud to Wilhelm Fliess

The Pig Who Sang tot he Moon: The Emotional Lives of Farm Animals

The Assault on Truth: Freud's Suppression of the Seduction Theory.