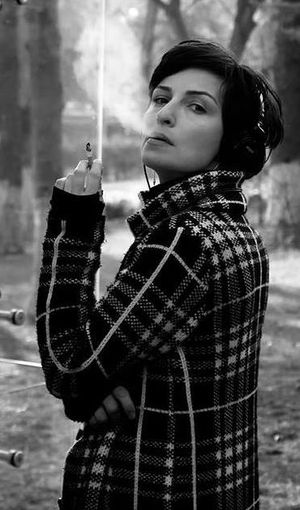 Iunona Guruli studied at the Schota-Rustaveli state institute for acting (1995 – 1996) and international journalism at the state Ivane Javakhishvili University of Tbilisi (1996-1999). She has lived in Germany since 1999, studying first at the Leibniz University Hannover (2000–2004) and later at the Albert-Ludwigs-University Freiburg (2005–2009). In 2009 she obtained her master’s degree in political sciences and recent and modern history. She is also a certified translator for German-Georgian and Georgian-German. Two years ago, she started translating Georgian Literature into German, („Journey to Karabach“ by Aka Morchiladze, „Sunday of Illuminated Windows“ by Diana Anfimiadi, „City on the Water” by Salome Benizde etc.). Her first Book,” The Diagnosis “, was published with the financial support of the ministry of culture in Georgia in 2015 and awarded the national Georgian literature prize Saba in 2016. It consists of 13 stories that have partially been published in several Georgian literary journals before. On the occasion of the Frankfurt Book Fair, it will be released in 2018 (Editorial btb by Random House). She’s currently working on a novel which also will be published by btb.)

The first time happend by chance, the second time was – the best decision I’ve ever made.

That everyone finds his place here, no matter who he is, where he comes from, what he might be interested in… Berlin is colourful, liberal and very affectionate.

Friends and Family, which lives in Georgia.

„Tiergarten“, I often sit there working with my notebook.

I discovered myself in Berlin. It’s impossible to describe in a few words what Berlin means to me and how it has been changing me. One day I’ll write a book regarding the topic, certainly.


2016  The most significant award for Literature in Georgia, the Saba Literary Prize, for the debut of the year, “The Diagnosis” (Short Stories. Saunje Verlag, 2016).