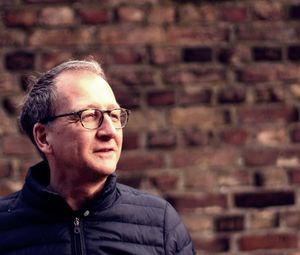 Jörn Lindskog is Swedish, lives in Berlin for almost 25 years and has been working as a translator for more than two decades. Between 1999 and 2001 he was employed at a big translation agency in Berlin, from 2001 to 2007 he translated for Volkswagen AG in Wolfsburg, since 2007 he’s a freelancer. 2006 to 2008 he completed a postgraduate studies course for Literary Translation at the Södertörn College in Stockholm. Then, he founded, together with his colleague Johan Thorén, the Thorén&Lindskog Editorial. In Berlin, Jörn Lindskog attended several seminars on New German Literature and Scandinavian Studies at Free University of Berlin, in Stockholm he did German Studies and Political Science. Jörn Lindskog translated, among other things, works by Uwe Timm, Siegfried Lenz,Sabine Gruber, Astrid Rosenfeld, Benedict Wells and Robert Seethaler. In 2016, around springtime, his translation of the novel “Der Trafikant”, by Robert Seethaler, was broadcastet by Swedish radio.

When I was 13 or 14 years old, I started to read German authors, translated into Swedish, like Remarque and Böll. I pictured myself living in Berlin at the age of 20, working as a freelance Journalist.

Culture and history, people and their mentality and the constant change.

Einsteins’s former summer house in Caputh, even if it’s outside of Berlin. It tells a lot about German history of the 20th century. And the “Tempelhofer Feld”, which is situated just in front of my doorstep.

Jörn Lindskog received various fellowships, e.g. from the Swedish Writers’ Union and the Austrian Association for Literature.  2014  he was “Translator in Residence” at “Europäisches Übersetzer-Kollegium” in Straelen (International Centre of Translators).