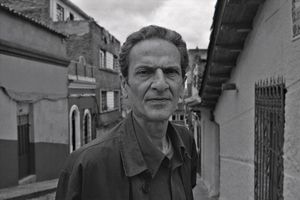 Luis Fayad was born in Bogotá (Columbia). He studied Sociology at the Universidad Nacional de Colombia. He lived in Paris, Stockholm, Barcelona and on the Canary Islands. In 1986, DAAD invited him to Berlin, with a fellowship in course of an Artist’s Programme. Since then he has been living in this city, together with his family, as writer and journalist. He had readings and presentations of his work in different Universities and cultural centers in Germany and all over Europe. He published Novels and several collections of short stories. His novel „Los parientes de Ester“ was translated into German, also some short stories in the context of Anthologies.

Nothing, up to now

A novel about Berlin