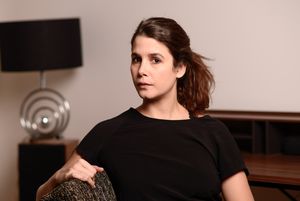 After a first degree as a Graphic Designer with professional experiences in several agencies and studios, I went on to study philosophy and psychoanalysis at the University Paris 8, then obtaining a Masters Degree in Contemporary Philosophy at the École Normale Supérieure in Paris. For four years, I hosted the weekly radio show on Radio Campus Paris called PoneyClub54, focussing on the electronic music and culture. I am currently working as a Writer and a Translator, mostly writing graphic novels and essays on sociological and philosophical issues while working together with various illustrators, publishers and magazines.

the whole of Kreuzberg