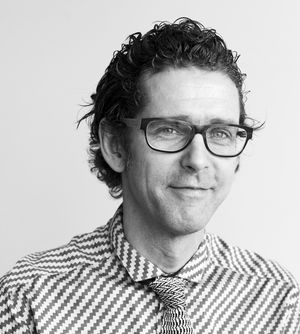 Yves Rosset studied psychology in Geneva and Comparative Literature in Berlin. He has lived in Berlin since 1990 and has worked as a cook, archivist, telephone operator and writer at the taz, and bartender at Kumpelnest 3000. Since 2004 he has translated from German into French, in the fields of literature, architecture, art, and the environment, among others.

His books have been published by Bernard Campiche Éditeur in Orbe, in French-speaking Switzerland.

His texts to-date have been journal-like, a-fictional montages of sentences, words, quotes, and observations of everyday life which were mostly written by hand in notebooks that the author previously illustrated with images and texts from the printed world.

Many things, and the vastness.

Being close to the mountains.

Here 97% of my friends don’t know me as an author, because of the language, which is kind of strange.

It’s yet to come.