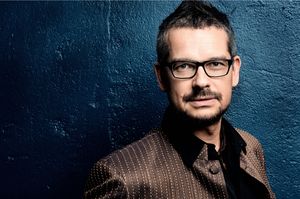 Stanislaw (Stan) Strasburger is a writer, publisher, and freelance cultural manager. He publishes fiction and features, essays, literary and arts pieces, and critical texts. His main focus lies on multicultural identity, migration, EUtopia, and the culture of remembering regarding Poland, Germany, Europe, and the Mediterranean, with excursions into the Russian and Spanish language sphere. His editorials are regularly published in the daily newspaper Rzeczpospolita and in Deutsche Welle. As an expert, he is often a guest on radio and TV shows – in Poland, Arab countries, as well as Germany. His work has been published in Polish, German, Arabic, Farsi, and many other languages, in numerous cultural and literary journals. Moreover he also translates non-fiction and children's books and is the co-author of several school books and didactic materials. Between 2011 and 2016 he managed the city residency programme 'Kunst und Dokument. Köln-Beirut' (Art and Document. Cologne-Beirut) and was the initiator of the agreement for cultural cooperation between the two cities. He studied Philosophy, Art History, Psychology, as well as Linguistics and Oriental Studies in Poland and Germany, and studied Arabic in Syria and Lebanon. Stan lives and works between Berlin (before that Cologne) and Warsaw, with occasional brief stints in Mediterranean cities, such as Beirut or Granada. In Poland he has also published work under his pen names Jan Subart and Jonasz Ryba.

I have always been attracted to complex urban spaces. Places such as Warsaw, Aleppo, Beirut, Bielefeld, Caracas, Damascus, Granada, Havana, Cologne, as well as some other cities where I have lived for shorter or longer periods (and where I might live again).

The energy, the fabrications, the culinary side, the empty spaces, the feeling of protection, the lakes, the languages, the immaturity, the abandoned places, the change, the found again things.

Alt-Marzahn, in the centre of Marzahn.