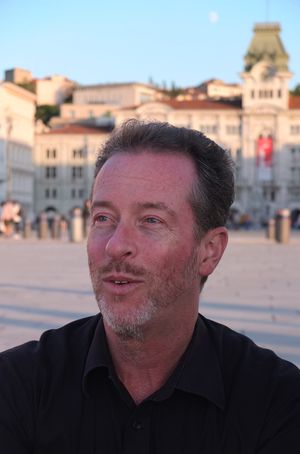 Will Firth was born in Newcastle, Australia, in 1965. As a literary translator, he focuses on contemporary prose writing from the Serbo-Croatian speaking countries and Macedonia. He graduated in German and Russian (with Serbo-Croatian as a minor) from the Australian National University in Canberra. He won a scholarship to read South Slavic studies at the University of Zagreb in 1988-89 and spent a further postgraduate year at the Pushkin Institute in Moscow in 1989-90. Since 1990 he has been living in Germany, where he works as a freelance translator of literature and the humanities. He translates from Russian, Macedonian and all variants of Serbo-Croatian into English, occasionally into German. In 2005-07 he worked for the International Criminal Tribunal for the former Yugoslavia. Firth is an active unionist and a member of professional associations of translators in Germany (VdÜ) and Britain (Translators Association).

Love, geopolitics AND coincidence: I met my partner in 1990 during a postgraduate year in the Soviet Union. She comes from Dresden but loves Berlin. I followed her back to Berlin and basically got stuck here.

I wouldn't say I love the city. But it's home.

No, I'm the same person, but I don't think I'd be able to make a living as a literary translator in Australia. I greatly appreciate the vocational and social-welfare infrastructure in Berlin/Germany/Europe.

Others can do the writing. I translate.

Shortlisted for the Oxford-Weidenfeld Translation Prize in 2015 with Aleksandar Gatalica’s The Great War.

"A Novel of London", Miloš Crnjanski

"The Sunrise in My Dream", Ivan Trposki

"A Handful of Sand", Marinko Koščec

"Our Man in Iraq", Robert Perišić

"The Storm in the Still Life", Ivan B. Vodopija